World Chess Champion Garry Kasparov on How to Build Confidence

Garry Kasparov and his long-time rival Anatoly Karpov—two of the greatest chess players of all-time—took their respective seats around the chess board. The 1990 World Chess Championship was about to begin.

The two men would play 24 games to decide the champion with the highest scoring player being declared the World Chess Champion. In total, the match would stretch for three months with the first 12 games taking place in New York and the final 12 games being played in Lyon, France.

Kasparov started off well, but soon began to make mistakes. He lost the seventh game and let multiple victories slip away during the first half of the tournament. After the first 12 games, the two men left New York with the match tied at 6-6. The New York Times reported that “Mr. Kasparov had lost confidence and grown nervous in New York.”

Josh Waitzkin was a chess prodigy as a child and won multiple U.S. Junior Championships before the age of 10. Along the way, Waitzkin and his father had the opportunity to connect with Garry Kasparov and discuss chess strategy with him. In particular, they learned how Kasparov dealt with remarkably difficult matches like the one he faced against Karpov in the 1990 World Chess Championship.

Waitzkin shares the story in his book, The Art of Learning (audiobook).

Kasparov was a fiercely aggressive chess player who thrived on energy and confidence. My father wrote a book called Mortal Games about Garry, and during the years surrounding the 1990 Kasparov-Karpov match, we both spent quite a lot of time with him.

At one point, after Kasparov had lost a big game and was feeling dark and fragile, my father asked Garry how he would handle his lack of confidence in the next game. Garry responded that he would try to play the chess moves that he would have played if he were feeling confident. He would pretend to feel confident, and hopefully trigger the state.

Kasparov was an intimidator over the board. Everyone in the chess world was afraid of Garry and he fed on that reality. If Garry bristled at the chessboard, opponents would wither. So if Garry was feeling bad, but puffed up his chest, made aggressive moves, and appeared to be the manifestation of Confidence itself, then opponents would become unsettled. Step by step, Garry would feed off his own chess moves, off the created position, and off his opponent’s building fear, until soon enough the confidence would become real and Garry would be in flow…

He was not being artificial. Garry was triggering his zone by playing Kasparov chess.

—Josh Waitzkin, The Art of Learning

When the second half of the World Chess Championship began in Lyon, France, Kasparov forced himself to play aggressive. He took the lead by winning the 16th game. With his confidence building, he rattled off decisive wins in the 18th and 20th games as well. When it was all said and done, Kasparov lost only two of the final 12 games and retained his title as World Chess Champion.

He would continue to hold the title for another 10 years.

“Fake It Until You Become It”

It can be easy to view performance as a one-way street. We often hear about a physically gifted athlete who underperforms on the field or a smart student who flounders in the classroom. The typical narrative about underachievers is that if they could just “get their head right” and develop the correct “mental attitude” then they would perform at the top of their game.

There is no doubt that your mindset and your performance are connected in some way. But this connection works both ways. A confident and positive mindset can be both the cause of your actions and the result of them. The link between physical performance and mental attitude is a two-way street.

Confidence is often the result of displaying your ability. This is why Garry Kasparov’s method of playing as if he felt confident could lead to actual confidence. Kasparov was letting his actions inspire his beliefs.

These aren’t just feel-good notions or fluffy self-help ideas. There is hard science proving the link between behavior and confidence. Amy Cuddy, a Harvard researcher who studies body language, has shown through her groundbreaking research that simply standing in more confident poses can increase confidence and decrease anxiety.

Build ConfidenceChampionchessGarryHow toKasparovonworld
Previous Post
When the 80/20 Rule Fails: The Downside of Being Effective
Next Post
Sang Terpilih 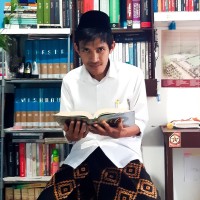 World Chess Champion Garry Kasparov on How to Build Confidence